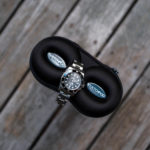 I don’t just write about watches; like you, I genuinely love my watch collection. But when I started my collection, I ran into some problems that should sound familiar to any watch collector. Most travel cases have a little bit of extra space inside, which allows the watch to shift when the case is handled. […] 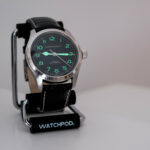 I usually spend a lot longer than a few days with a watch before I review it, but after spending just a few days with the new Hamilton Murph Watch in the small 38mm sizing from the Interstellar movie there’s just so much to be said. This is a highly anticipated release from Hamilton, they […] 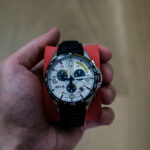 Founded in 2012, AVI-8’s brand name is a play on the word “aviate.” This London-based watchmaker builds a full line of aviation-inspired watches, including designs from real pilots. In September of 2022, they released a limited edition watch: the P-51 Mustang Tuskegee Airmen Chronograph Limited Edition. This watch is a tribute to the famous Tuskegee […] 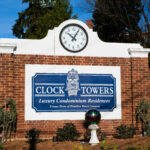 Hamilton watches hit their 130th year in existence and hosted an outstanding event in their founding town of Lancaster Pennsylvania this past Tuesday for their marked anniversary. This time, instead of a routine watch release announcement fun was in the books for invited press – and the mood was set with an unexpected off road […] 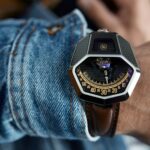 Regular readers will know that I have a soft spot for newer watchmakers. Established brands are established brands for a reason. They have a proven track record and years of experience in the industry. But they also tend to get conservative in their old age, and release endless cycles of throwbacks and anniversary editions of […] 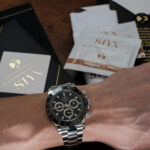 An automatic watch is an investment. On the high end, they may be worth well into the five figures. It goes without saying that you want to protect that kind of investment. If you spend a lot of time on watch forums, you may be familiar with watch skins. These are transparent protective films that […] 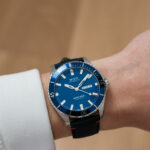 It’s been 20 years since Mido released a five lines of watches recognizing major architectural monuments. For 2022, they’re releasing a series of limited edition watches to celebrate the anniversary. Earlier this year, they released the All Dial 20th Anniversary Limited Edition, which commemorated the Roman Colosseum. They followed that up with the Baroncelli Signature […] 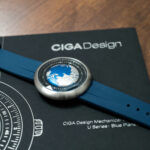 If you know me, you know I love microbrands. Established watch manufacturers can put out some gorgeous timepieces. If you’ve ever held a Audemars Piguet, you know how fine the craftsmanship is. But old-school watchmakers tend to fall into established patterns. They have a certain vision of what a watch should be, and that’s what […] 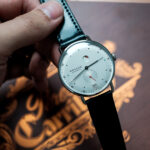 It feels nice to finally sit down and pump out some new watch reviews, this summer was hectic with the office move, but I’m back at it and the watch season is finally heating up which is pretty customary for the fall and incoming holiday season. I had a rather interesting new watch incoming right […] 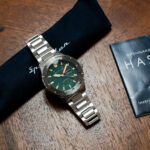 Hans Hass was an Austrian scientist. Born in 1919, he suffered from Reynaud’s Disease, and was not forced to serve in the German Army in World War II. Instead, he studied coral reefs and all the marine life that lives in that ecosystem. In the process, he became one of the most accomplished divers of […]