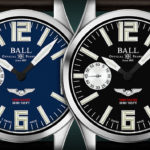 BALL Watch Company, a Hong Kong-owned Swiss watch enterprise founded in 1891, recently announced the launch of the Engineer Master II Waco Glider. The launch of the watch was scheduled to coincide with the 75th anniversary of the end of World War II, in honor of the bravery of the men of the allied forces […] 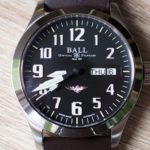 Ball Watch Co. is a brand constantly known for delivering top quality unique timepieces. The Ball Engineer III Silver Star is no exception as it offers a solid option for anyone in search of an excellent pilot’s watch. It has a distinctive watch appearance, making it a real contender in the pilots watch category with […] 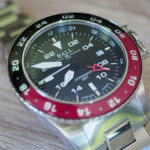 The Ball timepieces find their origin stemming from the beginning of time, in a sense. The need for accurate time was spotted by Webster Clay Ball and the Ball watchmakers have been innovating ever since. The Engineer Hydrocarbon is the culmination of years of improvement in watchmaking technology the most noticeable of which would be […]