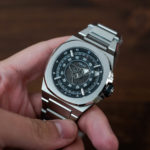 DWISS is a younger watch company, first founded in 2011. But it actually goes back a bit further. The founder, Rafael Simoes Miranda, won a number of design awards for his earlier work in Italy. The next year, in 2012, DWISS would win its first International Design Award. They’ve since won 10 more, including the […] 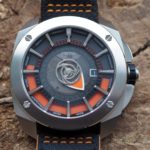 DWISS (Design Watch Independent Switzerland), a multi design-awarded company founded by Rafael Simoes Miranda in 2011, has produced over 15 different brands of watches with most of them winning awards in their various categories. They put this experience into creating great watch pieces with the sole intention of bringing uniqueness to watch and design-lovers. An […]