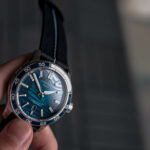 Christopher Ward is a watchmaker known for their partnerships with environmental organizations. In the past, they partnered with the Blue Marine Foundation to produce the C60 Blue limited edition watch. Profits for that limited edition were donated directly to the foundation, and the watch sold out in no time. According to CEO Mike France, Christopher […] 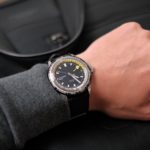 As I sit here gazing into the dial of this newly released Christopher Ward C65 GMT Worldtimer, I can’t help but admire the level of craftsmanship and originality coming from such a relatively new brand. Don’t get me wrong, Christopher Ward isn’t exactly a new brand, they were founded in 2004, but they certainly don’t […] 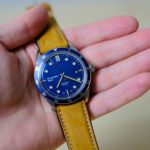 Back in 2004, Christopher Ward London released the C65 Trident Diver. This watch had a rugged, tough appearance, with a high-visibility dial and a sloped unidirectional bezel. The Trident Diver quickly became one of Christopher Ward’s most popular offerings, and it remains one of their top sellers to this day. Recently, they’ve released the C65 […]