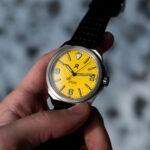 RZE’s Resolute series of watches is popular with hikers, mountain climbers, spelunkers, and anyone else who loves the great outdoors. With its combination of rugged reliability and light weight, it’s versatile enough to be worn under a variety of conditions. As a result, it’s become known as a great all-around watch for work or play. […] 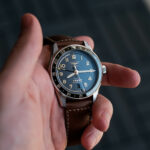 Every once in a while, a watch comes along that’s bold and unique enough to make a powerful first impression. The Longines Spirit Zulu Time Collection is one of those watches. This is part of Zulu’s larger Spirit line of watches, which rank among the most popular, reliable GMT watches on today’s market. It’s a […]

As my regular readers will know, I’m a sucker for a good quality microbrand. One of my favorites is W.T. Author, a newer watchmaker based in Shropshire, UK. What makes W.T. Author special is the way they make their watches. Instead of mass-producing their watches in a large factory, every timepiece is assembled by hand […] 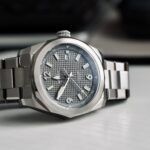 In a fever pitched market, everyone wants in on the action. With a short list of iconic but nearly unobtainable sports watches you are left with a room full of other options that range from tastefully inspired pieces to less than savory doppelgängers. And, at this party while most eyes are on the “elites,” and […] 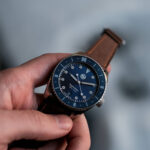 MW Timepieces is the brainchild of MaestroWorks Studio, a brand new watchmaker located in Jakarta, Indonesia. Mechanical watches have become increasingly popular in the island republic, as decades of economic growth have created a public with more disposable income. MW’s team is made up of watch enthusiasts, along with graphic designers, who have set out […] 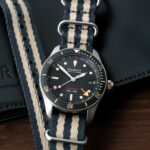 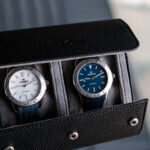 In the world of automatic watches, there are a number of established players. Brands like Omega, Rolex, and Patek Philippe are familiar to any watch enthusiast. But one of the fun things about mechanical watches is that there are so many microbrands and small startups. For every marquee release, there’s a smaller company putting out […] 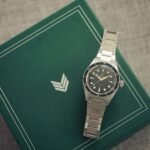 You probably know their story by now. Former school teachers and watch aficionados Lorenzo and Lauren Ortega decided to call it quits on their careers and dive head-first into the scary world of microbrands, creating some of the most acclaimed and accessible timepieces of the last five years. Released in 2018, the first generation Lorier […] 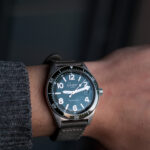 Glashütte Original has had a tumultuous history compared to most watchmakers. In the aftermath of World War II, the new East German government merged the country’s watchmakers into a state-owned conglomerate, the Glashütter Uhrenbetriebe (GUB). It’s during this era that many of Glashütte Original’s most popular vintage watches were produced. One of these is the […] 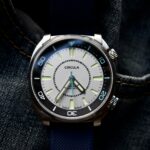 These days it often feels like I’m seeing the same 10 to 20 watches again and again. I don’t even have to name them, these usual suspects have probably etched themselves to you inner eyelids you see them each night as you lay down to sleep. While these watches get all the press time and […]