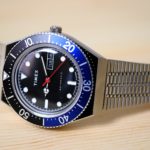 Last May, Timex re-released their Q Timex, one of their retro watches from the 1970s. This release was wildly popular, so much so that they decided to make another go of it. But this time, they decided to do something a little different. They announced the release of the M79 Automatic Batman, which just dropped […] 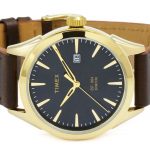 Timex continues their tradition of simplistic design and functionality with the Chesapeake TW2P77500. At around $30 (at the time of this review), this is one of the most affordable watches on the market without sacrificing the quality that Timex is pretty well-known for. The watch has a brown leather strap and features a gold-toned […] 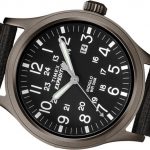 Timex is a very well-known brand that has created a wide variety of watches throughout the years. Their latest model, the TW4B06900 Expedition Scout, is a pretty basic military-style watch that combines simplicity with functionality to create a great watch designed for those with an active lifestyle. This watch is best-suited for those who […] 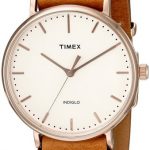