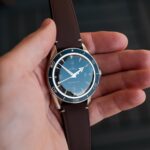 Way back in 1957, Omega introduced the original Seamaster 300. This was one of the first real dive watches, designed for people who spend a lot of time underwater. After nearly 65 years, it remains one of the most popular dive watches on the market, and it’s inspired other Omega lines. But dive watches have […] 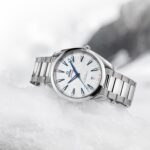 The Beijing 2022 Winter Olympics are fast approaching. They’re scheduled to begin on February 4, 2022 and close on February 20, 2022, so they’re just a few months away – busy holiday months that are sure to fly by! OMEGA will be acting as the Official Timekeeper of the Olympics for the thirtieth time in […] 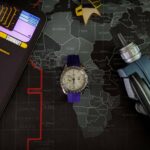 The Speedmaster, one of the most well known and sought after watches by Swiss watchmaker Omega. Omega has created a slew of Speedmaster variations, one being the ultra popular Moonwatch, but what’s out there for the discerning enthusiast who wishes to differentiate himself from the crowd with something a little bit different? Behold the Grey […] 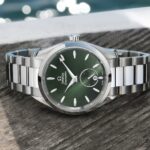 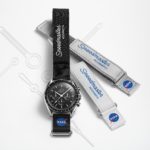 Earlier this year, OMEGA launched the Speedmaster Moonwatch Master Chronometer – the newest in a long line of gorgeous Moonwatches that evoke the timepieces NASA astronauts wear when they venture into space. Now, OMEGA is expanding its offerings with regard to this new release with the launch of new Speedmaster Moonwatch Velcro straps. Astronaut-Friendly Material […] 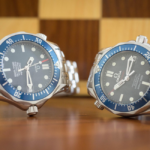 “The watch,” demands Alec Trevelyan, his henchmen holding James Bond at gunpoint. “Ah… new model?” he asks, closely examining 007’s Omega Seamaster against his own watch. 006’s Seamaster might have been long obsolete compared to Bond’s newer laser-equipped timepiece, but in the real world, only a couple of years had passed since Omega had unveiled […] 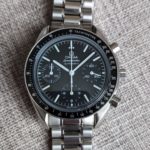 The Speedmaster needs no introduction. Originally conceived as a racing chronograph, it nevertheless became forever associated with the space race after the reference 105.012 was worn by Buzz Aldrin on the Moon in 1969. However, as popular as the Moonwatch might be, there are countless variants and limited editions that are as worthy of attention […] 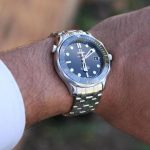 If you want to show the world you’re not playing around as far as your tastes in timepieces go, you don’t need to look further than the Omega 212.30.41.20.01.003 Seamaster Watch. Not only does this elegant timepiece have all the classic elements of a solid marine watch, it is also a true blue luxury watch. Considering […]